Book covers can be so hit and miss, but every so often one comes along that is so attractive you find yourself eagerly hoping that it’s a book that you’re going to love. And this one did not disappoint.

I started seeing this book mentioned on Goodreads and Twitter and when Jenni commented on one of my blog posts I visited her website and spent an evening looking at the pictures, reading her newsletters, learning a little about this remarkable woman who grew up in the South Island, New Zealand, became a neuropsychologist and now lives between two small islands in New Zealand and Australia.

Jenni Ogden’s debut novel A Drop in the Ocean centres around Anna Fergusson, a 49-year-old woman not anticipating change in her life, whose controlled, familiar world is upended when her long-term research grant is casually rejected, throwing her into early retirement and the four scientists in her team into the harsh reality of insecure tenure.

The research I had been doing for the past twenty-four years – first for my PhD, then as a research assistant, and finally as the leader of the team – focused on various aspects of Huntington’s disease, a terrible genetically transmitted disorder that targets half the children of every parent who has the illness.

Although she had spent all these years studying and researching the disease, she had avoided dealing with the families, peering down a microscope rather than into the eyes of sufferers, making using of the team to carry out the fieldwork.

When the opportunity to spend a year on a tropical island in Australia was presented to her by a friend, she was initially dismissive, until the idea of finishing her latest paper and perhaps writing a book prompted her to reply to the advertisement.

For rent to a single or couple who want to escape to a tropical paradise. Basic cabin on tiny coral island on Australia’s Great Barrier Reef. AUD$250 a week; must agree to stay one year and look after small private campsite (five tents maximum). Starting date October 2008. For more information email lazylad at yahoo.com.au

The island was an eight hectare coral cay surrounded by a large coral reef, with few inhabitants, accessible by fishing boat or charter, only solar power and supplies brought in fortnightly.

Named Turtle Island, one of the locals was a ‘turtle whisperer’ named Tom, a researcher who tagged turtles, participated in turtle rodeos and kept pretty much to himself when not at sea with the graceful creatures.

While Anna planned to spend her days working on her memoir, the allure of the activity of the island and Tom made her restless, she became curious about him and the fieldwork he was doing. While part of her resisted the attraction, her instinct was stronger, pushing her out of the cottage and into his realm.

The novel is written in a familiar, comfortable style, Ogden’s sense of place is so strong, you will feel as though you are on the island with them all, seeing everything around you, anticipating the developments between characters, taking part in the daily activities and monitoring of the turtle season, witnessing their vulnerability to the elements.

The main characters are fully realised and brilliantly captured, Anna always in control, somewhat detached from people in her life and living far from her own family, has to let go to become close to Tom and through him will learn more about her own research and person than all her years of dedication and hard work had achieved.

A Drop in the Ocean is the perfect summer read, the quiet, shocking dilemma of losing a grant and the job that went with it, the flippant fantasy of leaving everything familiar for a tropical island and the reality of making a life and finding love, it’s engaging, thought-provoking, heartfelt and sun-filled. Highly recommended!

13 thoughts on “A Drop in the Ocean by Jenni Ogden”

“It has just been discovered that women carry fetal cells from all the babies they have carried. Crossing the defensive boundaries of our immune system and mixing with our own cells, the fetal cells circulate in the mother’s bloodstream for decades after each birth.

The body does not tolerate foreign cells, which trigger illness and rejection. But a mother’s body incorporates into her own the cells of her children as if they recognize each other, belong to each other.

This fantastic melding of two selves, mother and child, is called human microchimerism.

My three children are carried in my bloodstream still….

How did we not know this? How can this be a surprise?”

Meredith Hall, Without a Map, a Memoir 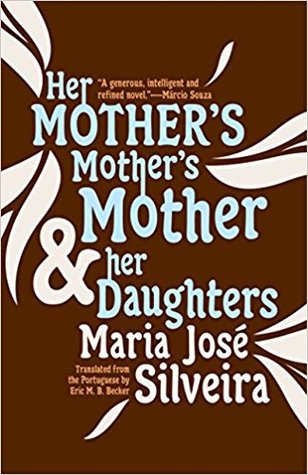