I have finally read a novel by Ali Smith and enjoyed it, though it is distracting to explain why with so many exuberant accolades and comments all over it saying how brilliant it is, I wish I could just read without the expectation this over abundance of blurbs brings. She is clearly the darling of British literary media and publishing, however all the superlatives are a little over the top in my opinion.

Autumn is the first in a series of books she has said she will write, named after the seasons. Winter has just come out and I’ve read some good reviews that suggest it is as good as, and some say even better than Autumn.

Autumn moves back and forth in time and is mostly narrated through the relationship of Elisabeth and her mother’s neighbour Daniel. For her homework, Elisabeth should interview a neighbour and ask certain questions, her mother doesn’t approve and suggests she makes it up. She does. A few days later the mother invites the neighbour to read what her daughter had written. This moment signals the beginning of what will become a special relationship between Daniel, a foreign octogenarian and the teenage Elisabeth.

As the novel opens Daniel appears to be hallucinating and while doing so philosophises about death. Elisabeth is 32 and a junior lecturer in London on a zero hours contract.  She is visiting Daniel Gluck in a home. Every aspect of life is in its Autumn.

In the background the country is changing, attitudes are changing, apathy is being replaced by protest. Seasons change as they always do, legacy’s are lost and forgotten, occasionally revived, survive.

“It’s all right to forget, you know” he said. “It’s good to. In fact, we have to forget things sometimes. Forgetting it is important.  We do it on purpose. It means we get a bit of a rest. Are you listening? We have to forget. Or we’d never sleep, ever again.”

The narrative skips back to her childhood and then forward twenty years to Daniel in the care facility. He is now 101 years old, Elisabeth visits him and reads to him, he is always asleep, but she talks to him anyway and remembers the things they used to talk about when she was young.

She hasn’t visited her mother for years, but now while she visits Daniel, she spends time with her mother, they are related but alien to each other. They don’t try to make each other understand. Something in Daniel nourishes Elisabeth and helps her to grow, to question, and eventually to understand.

Today he looks like a Roman senator, his sleeping head noble, his eyes shut and blank as a statue, his eyebrows mere moments of frost.

It is fucking awful.

It is awful to be on the literal other side of his eyes.

Daniel describes images to Elisabeth, which years later she recognises, a painting by the British Pop artist Pauline Boty, introducing an element of mystery and intrigue to do with an old scandal and the premature deaths of two young women. We’re not give much detail, and I’m assuming most of us will never have heard of Pauline Boty or Christine Keeler, women whose art and stories were quickly forgotten, denied even.

It’s a cryptic read that enters into subjects, into the lives of a small group of characters without providing all the detail, enough to entice the reader, to hint at the depth of a connection and leaves it before we can entirely understand, we too must imagine, join the dots, make of it what we will, catch the leaves before the fall, but not worry if we don’t, they’ll come around again next season.

18 thoughts on “Autumn by Ali Smith”

Leave a Reply to Claire 'Word by Word' Cancel reply

“There have always been all kinds of men and women, weak and strong, craven and gullible, intelligent and limited, good and bad, powerful and impotent.

But you all can be certain of one thing: the women who lived in the vast, unforgiving, magnificent backlands in the early centuries of this country’s history could be many things—but silly and fragile they were not.” 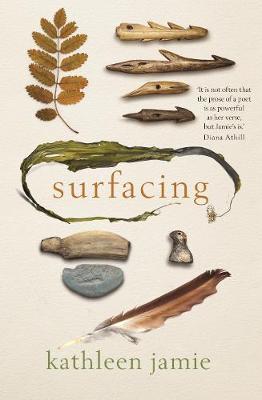